The Char-Broil Performance and Signature Series are two of the finest liquid propane gas grills available for purchase. In this article, we’re going to discuss the goods of these two excellent grills to determine the overall best between the two. They are both professional specimens, carefully made with impressive options, and we’re going to compare them for anyone to understand.

Both the Char-Broil Performance vs. Signature Series are gas grills manufactured with excellent griller in mind. We are going to compare these very indistinguishable grills and try to determine what the Char-Broil has to offer. Equally, we shall also focus on professional Series and see what’s so special about these gas grills as well.

To get the best of the best, usually ask users of these products on Facebook about their experience, and then we put those experiences on the post. What’s more, we’ve hosted a cookout or two on both modes, and after the performance, we can confidently tell what we think is the better buy. But first, let’s show you how we came to our conclusion.

The cooking space is essential for many reasons. If you are looking to feed a lot of people, perhaps entertaining often, then you might want a larger grill. For loners, on the other hand, or maybe just you and your partner, with may be impressed by a smaller grilling surface.

With the Char-Broil Performance, 475 4- Burner Gas Grill, you get a whole 475 square inches of cooking area on the porcelain-coated swing-away rack. It’s easier to feed many people with this grill.

On the other hand, with the Char-Broil TRU Infrared 325 2- Burner Gas Grill, you will get a whole 325 square inches of cooking area. It also features a 120 square inch warming rack. Even though it’s not that large, it still does a remarkable job, particularly if you won’t mind standing for long at the grill. 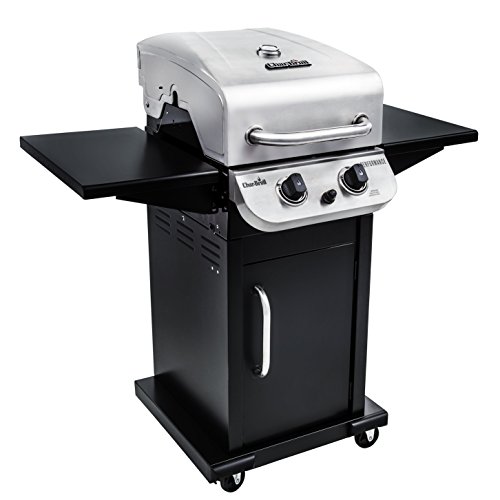 BTU’s refers to the maximum amount of heat produced by the gas grill. This only rises for bragging purposes, since chances are you’ll never cook at the unit’s maximum temperature- everything would just burn up and inedible. On the other side, it would sound nice when you’re describing the max heat of your new grill to the guys at the workplace.

For the Char-Broil Performance 475- Burner Gas Grill, it’s capable of providing a maximum heat of 36,000 BTU in the main grill. Besides, it features a 10,000 BTU side burner for your preferred sauce or side.

On the other hand, the Char-Broil Signature TRU Infrared 325 Burner Gas Grill is designed for a maximum heat of 18,000 BTU’s, which is much enough for anyone to play with. However, no side burner is present on this grill.

Apparently, this is a draw since no matter how high the BTU’s, you only need enough of it, and not to melt steel. None of the gas grills exceeds this feature comparison.

This is another incredible option. Side burners will allow you to cook an entire meal outer as per your preferences. The Char-Broil Performance 475 Burner Gas Grill has a considerable 10,000 Btu side burner.

For both products, the physical size will be more of a personal taste and space limitations. Or perhaps you don’t want to subject yourself to hustle moving the grill around. Let’s see how both differ in this aspect, so you don’t need further research.

Overall, the Char-Broil Performance 475- Burner Gas Grill comes bigger and more substantial as well, and if you don’t have to move your grill around quite often, and you have plenty of room to accommodate the whole thing, then this could be a perfect option in that regards.

For the Char-Broil Signature Infrared 325 Burner Gas Grill, it comes smaller, but it still does great for the size. In case you don’t have much space, maybe a small patio, deck or a balcony in your apartment, then this is a much better option. Again, this is a tie since the best gas grill will largely depend on your needs or personal preferences.

The Finish of the grill is important when it comes to durability. As we all like to save, a long-lasting grill will definitely save you more bulks in the long-run. Otherwise, you don’t want to go grill shopping after every year or two because your gas grill rusted out, and now it’s falling apart.

Luckily, the Char-Broil Performance 475 Burner Gas Grill features durable black porcelain, coated finish, and has a stainless handle. On the other hand, the Char-Broil is made of rust-resistant stainless steel.

The Char-Broil Signature TRU Infrared 325 Burner Gas Grill appears to be superior because, in general, stainless steel lasts longer when compared to some of the alleged components.

Preheat times come in handy, especially for those who are always on the go. In case you want a grill cooked mill after work, or perhaps you have a group of an expected hungry on your case, then you may not afford to wait all long for the grill to heat up or go till midnight for some grillables.

The Char-Bar Performance 475 4-Burner Gas Grill is designed to warm up rather faster and get you ready in less than ten minutes. For the Char-Broil Performance 325 2-Burner Gas Grill, it gets hot practically instantly and gets you into cooking within no time.

Hands down for the Char-Broil Signature TRU Infrared Burner Gas grill- it wins again in this particular aspect. When it comes to preheating duration, this TRU Infrared grill is incomparable.

Cooking methods are the most significant differences between these two grills; conventional vs. Infrared- which’s better? For the Char-Broil Performance 475 Burner Gas Grill, it cooks with a conventional form of heat. It’s a kind of indirect heat, similar to your oven. Basically, the heat surrounds the food, so the heat source will never come into contact with your food.

On the other hand, the Char-Broil Signature Infrared 325 2- Burner Grill employs TRU-Infrared technology. In short, it’s a radiant form of heating.

The Char-Broil Signature TRU Infrared 325 Burner Gas Grill wins here as well. With the tru-infrared cooking system, you can cook the food more evenly with more control over the temperature.

It eradicates cold spots on the gas grill and burns less gas in the cooking process. There will be no presence of flare-ups due to the barrier between the flames and the food. As such, the unit sears in flavor and juices, offering you a close steakhouse quality on those steaks and chops you throw there.

In all major respects, the Char-Broil Performance 475 4Burner Gas Grill exceeds in 2 of the seven aspects. The Char-Broil signature, on the other hand, wins in 3 out of 7 aspects. Both gas grills have two ties.

Both gas grills come with pros and cons as well. You may prefer the smaller grill due to its features, but some have great families that require extra cooking space. If you don’t have enough room for the larger grill, you may want to choose the smaller one.

The absence of flare-ups makes the Signature Series a great grilling choice. Its side tables fold down too. The black finish appears great on the Char-Broil Performance Gas Grill, but if it gets scratched, or the finish flecks off, the unit might not last as long. 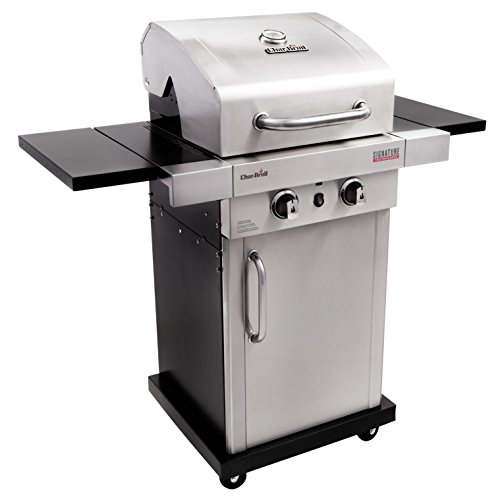 After comparing the Char-Broil Performance vs. Signature Series, our verdict is that the Char-Broil Signature TRU-Infrared 325 Burner is the top liquid propane gas grill between these two great grills.

We think the exceptional taste of the food and more capabilities to control the temperature makes this a one-stop grill over the other one. We side by this burner for grilling purposes only. If you are to roast, you’ll just cook it in your crockpot or oven.

We also love the no-stick and even cooking offered by the durable porcelain-coated iron grates. They are definitely rust-resistant and straightforward to clean, and if you don’t mind standing for a while at the grill while cooking, your food will certainly taste better as supported by the infrared grill.

Hopefully, you can now derive a more informed decision when buying your grill. Best Bike Racks For Honda Accord